Mental Illness and the Stigma 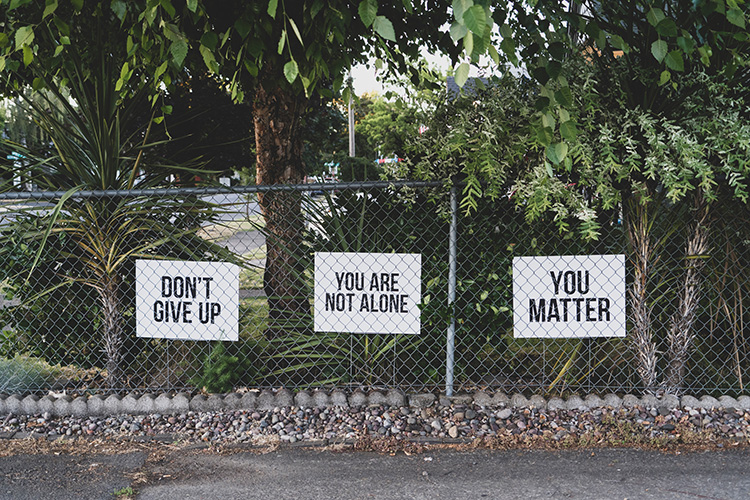 According to the Centers for Disease Control and Prevention, one in 5 children living in our country show signs or symptoms of a mental health disorder.  Periods of depression, substance abuse, or anxiety are common in every classroom.

The National Alliance on Mental Illness reports that 20% of 13 to 18-year-olds live with a mental health condition, 11% of youth have a mood disorder, 10% have a conduct or behavioral disorder, and 8% suffer from an anxiety disorder. Half of all cases of mental illness begin by age 14; 75% by age 24, causing more students to drop out of high school and/or become ensnared by our juvenile justice system. Many cases end in suicide – the 3rd leading cause of death in 10 to 24-year-olds.

By the time we’re adults, the numbers are even greater, with an estimated 50% of Americans diagnosed with a mental illness or disorder at some point in their lifetime. Mental illnesses are the third most common cause of hospitalization for 18 to 44-year-olds, and for adults living with serious mental illness, the lifespan can be shortened by as much as 25 years. 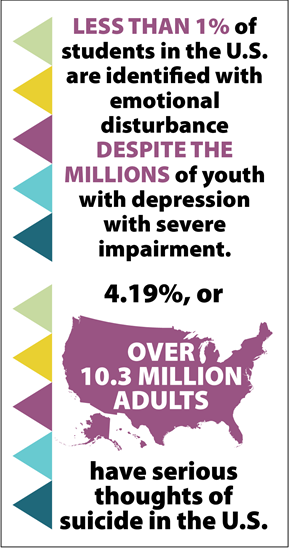 More work days are lost due to depression, anxiety, and stress than any other illness and people with severe mental illnesses are 10 times more likely to be victims of violent crime than the general population.

If you’d like to read the 2019 State of Mental Health in America Report, you’ll find more facts and figures, along with state rankings for prevalence of illness and access to healthcare.

Reducing or eliminating the stigma associated with mental illness can go a long way toward building understanding and support for people and families living with or touched by mental illness. Sometimes the simplest act or comment can make the biggest difference.

You can help us spread the word. Share the information, forward the website, open the conversation. It helps us strengthen the security and well-being of girls and women, and of our community.