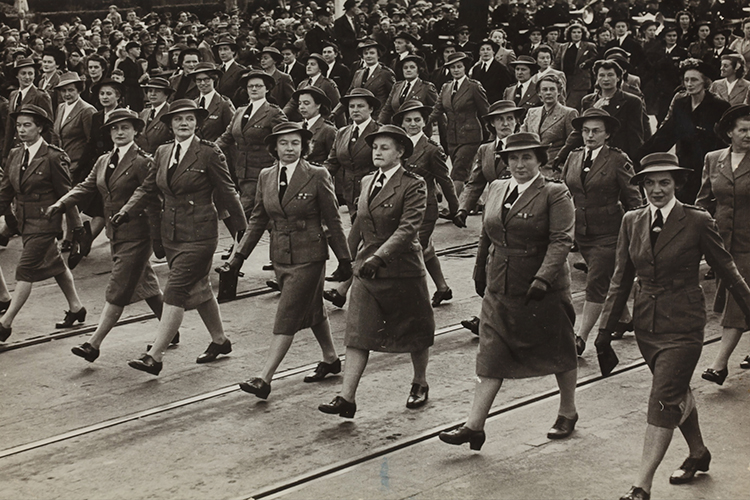 Graphic artist J. Howard Miller created the now?famous “We Can Do It” poster for Westinghouse Electric with the same intent. Still, it wasn’t until 1980 that the “We Can Do It” poster gained popularity because of the strong young woman pictured, who came to be known as Rosie the Riveter. Rosie became iconic for representing the feminist movement, used by political campaigns and women’s advocacy networks worldwide – far from the poster’s original purpose.

Though Rosie didn’t represent female soldiers, her connection became linked to military women—today  the fastest-growing population among both active service and veterans. Women currently make up 16% of active military and 19% of the officer corps serving our country.

Women have had roles in non?combat positions since the American Revolution. In 1948, Congress passed the Women’s Armed Services Integration Act, giving women permanent status and access to veterans’ benefits. But they still weren’t able to serve in combat.

In 2013, Secretary of Defense Leon Panetta removed the military’s ban on women serving in combat, opening the door to a multitude of opportunities, although most excluded women due to grueling test standards, tactical and “social” concerns, and stereotypes about women’s effectiveness. Several years passed before women could serve in combat positions in all military branches.

Women in the military, particularly the 16,000 women veterans in Iowa, need more than our thanks on Veterans’ Day. Because of their unique circumstances and specialized needs, the support we now have in place needs our attention. Read Women Veterans: The Journey Ahead, a 2018 report that outlines how we can start.