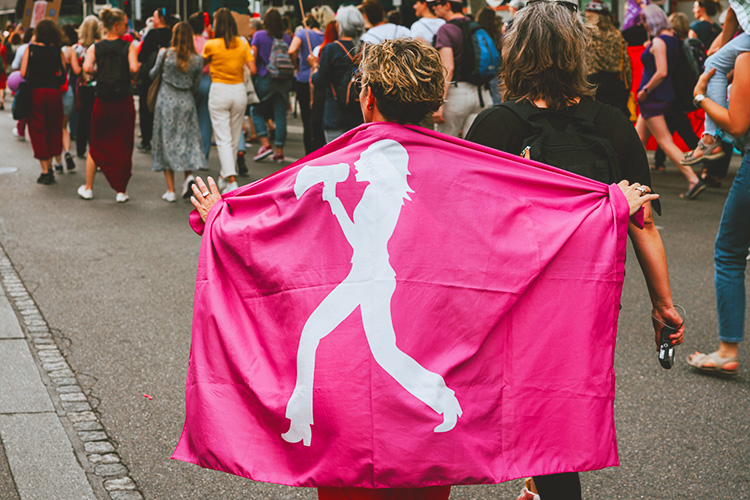 August 26 is the day of the year that is designated as Women’s Equality Day in the United States. First established by Congressional Representative Bella Abzug in 1971, it intended to mark the anniversary of the passage of the 19th Amendment of the U.S. Constitution, granting women the right to vote.

Just the year before, in 1970, on the 50th anniversary of the 19th Amendment, the National Organization for Women and its president, Betty Friedan, called for a Women’s Strike for Equality, asking women to stop working for a day to highlight inequalities in pay and education, and the need for more child care centers. Friedan then led the protest using the slogan “Don’t Iron While the Strike is Hot!”

Women took part in events in 90 cities.  Fifty thousand people marched in New York City, women took over the Statue of Liberty, and other events across the country included:

Some called the demonstrators anti-feminine - even Communist. The Women's Strike for Equality made the front page of national newspapers such as The New York Times, Los Angeles Times, and Chicago Tribune. It was also covered by the three broadcast networks, ABC, CBS, and NBC, which was the pinnacle of extensive television news coverage in 1970.

Iowa ratified the 19th Amendment to the U.S. Constitution on July 2, 1919, and will celebrate its 100th anniversary over the next year through a number of activities and events. Chrysalis will join numerous community partners to remember this event across the state, a vital piece of women’s history and important step in our work toward equity.