Women's Experience with Sexual Harassment in the Military 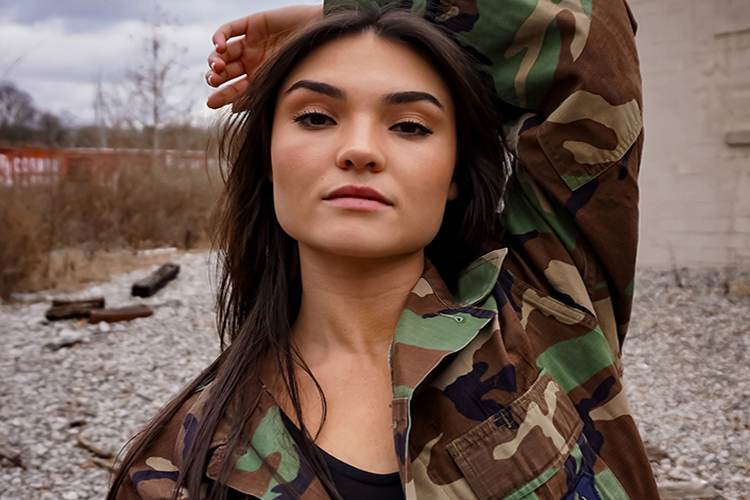 Several years ago, Chrysalis held a luncheon event on Veterans Day to honor women in the military. Although we were joined by a few local women veterans, the one we selected for the keynote address was Miyoko Hikiji, who also spoke at a Chrysalis Conversations event during our 30thanniversary.

At the time of her Veterans’ Day presentation, Ms. Hikiji spoke about her experiences as a female in the military, along with her experience of sexual harassment. I’m reminded again about her presentation after reading about the horrific murder of Army Specialist Vanessa Guillen (a Latina), whose body was found a month ago near Fort Hood, Texas. She was the victim of a fellow soldier.

In this circumstance, both gender and race were at play, raising national awareness of the issue of longstanding and pervasive sexual harassment suffered by women throughout our armed forces. In 2019, the U.S. Defense Department reported 7,825 reports of sexual assault involving service members as victims or subjects – a 3% increase over 2018.

The military also received 1,021 formal sexual harassment complaints in 2019, up 10% from 2018. The reports that are restricted, where the survivor confidentially disclosed an assault without starting an investigation, noted the Department, increased by 17% over the last year, with a total of 2,126 reports. This increase, notes Protect our Defenders, shows a “lack of faith in the chain of command.”

“I think generally the American moment we’re in is inspiring collective action in a way that we’ve needed,” said Allison Jaslow, a former Army captain and veteran of the Iraq war who has tried for years to raise awareness of the issues. “Women are tired of how women are still getting deprioritized, and have lost patience.”

Military culture and its rules make it extremely hard for women to seek and obtain justice in these cases, or for the military to curb the ongoing problem of harassment and assault. Ms. Jaslow said that a culture where “good order and discipline” and hierarchy rule, it is challenging to advocate for accountability. Military women are at once expected to be tough enough to face down harassment, and blamed for entering a male-dominated workplace where they have long fought to be accepted as equals.

“There are reports from Vanessa’s family that she was being harassed, but for some reason she did not feel comfortable making a credible report,” said Representative Elaine Luria, Democrat of Virginia, who spent 20 years in the Navy. “A lot of women are hesitant to make reports and don't necessarily feel that when others make reports they have gotten justice.”

Military protocols dictate how a sexual assault report is handled, and there 2 reporting methods that differ significantly in the degree to which the information is shared.  As opposed to the civilian world, where “confidentiality” is defined by law, and information shared with a counselor or advocate may only be released through informed and written consent of the victim.

Bounds for “confidentiality” in the military system are not absolute; information shared by a victim might still be shared with military personnel, whether or not the victim approves.  Only when information is shared with a military chaplain or legal professional is information truly confidential. The 2 military reporting methods for victims of sexual trauma are as follows:

According to the Uniform Code of Military Justice, there are various levels of courts-martial that may be applied if a sexual assault case is brought, and the convening authority (high ranking military officer) determines the level, from General to Special to Summary Court-Martial.

There persists a low prosecution rate for sexual assault in the mili­tary. In FY 2019, only 6.4% cases were tried by court-martial, and 2.4% offenders were convicted of nonconsensual sexual offense, the lowest prosecution rate since at least 2010.

Increased interest by nonmilitary women now, in light of #MeToo, has been reassuring, note advocates for Specialist Guillen.  “We are now able to relate to the civilian community and say, ‘Yeah, guys, this is happening, this has always been happening,’” said Army Capt. Victoria Kositz, a West Point graduate. “I see a shift in the conversation from ‘You should have known going into the military,’ to ‘This is an outrage, let’s make sure it never happens again.’”

We still have work to do, but the additional attention to issues women have long faced are coming to the forefront today. I’m hopeful that, this time, we can truly make change.