Women and The Vote 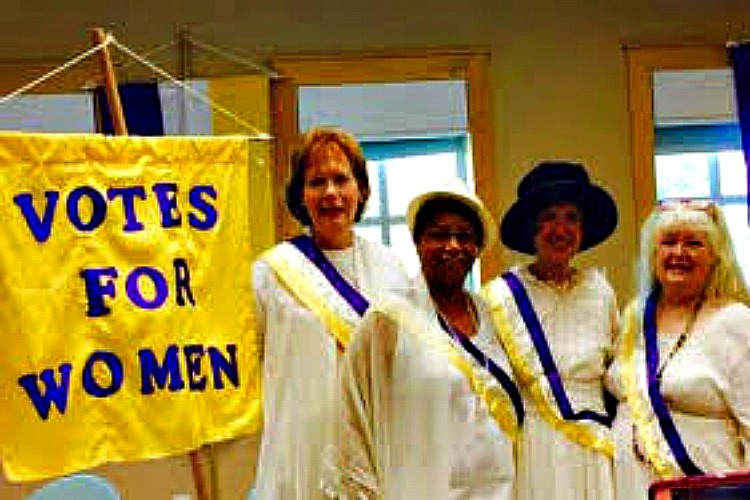 By Wednesday, we should have a good idea of the gains women made in the history of American politics – it’s the day after the 2018 mid-term elections.

Some of us recall when 1992 was termed “The Year of the Woman” during election season, as more women were elected to Congress than ever before. This year, 257 women will be on ballots across the country. If women win the races they are currently projected to win, they will still only fill just over a quarter of Congressional seats – 24% of the House of Representatives and 26% of the Senate.

It’s been 17 decades since the first women’s rights convention was held in Seneca Falls, New York (1848), convened by Elizabeth Cady Stanton and Lucretia Mott – women active in the anti-slavery movement. Eighteen years later, Stanton became the first woman to run for the US House of Representatives (1866) – the first woman to run, even though she was not yet eligible to vote. She lost the race – collecting only 24 of 12,000 votes in New York State.

By definition, women’s suffrage is the right of women to vote. It was the goal of the suffragists, who used legal means, and the suffragettes, who engaged in civil disobedience and “extremist” measures, to ensure all women the right to vote. Across the world, a range of acts – both nonviolent and violent – were employed by women to publicize and raise money for the cause. Ranging from imprisonment and force-feeding to arson and bombings, tactics became aggressive and militant in some regions.

Not until 1920 was the 19th Amendment to the Constitution ratified, giving women the right to vote (the League of Women Voters was also founded by the National American Woman Suffrage Association).

Decades passed until in 1965, the Voting Rights Act was signed into law by President Lyndon B. Johnson, intended to overcome all legal barriers at the state and local levels that denied African Americans the right to vote. Today, a range of populations still face problems with eligibility – persons without ID, convicted felons, resident non-citizens, residents of US territories (cannot vote in federal elections), disabled (estimated 30% of polling sites are accessible), and persons deemed “mentally incompetent.” Many more may be prevented from voting for a range of reasons, depending on who they are and where they live.

We can see how difficult it has been – and often still is – for people to exercise their right to vote. Regardless of your party, faith, race, age, or choice, please take time to vote on Tuesday, November 6, and to encourage and assist others. It’s our chance to choose leaders and representatives that will work on issues that are important to us. It’s not just a constitutional right, but it’s a privilege all Americans have.