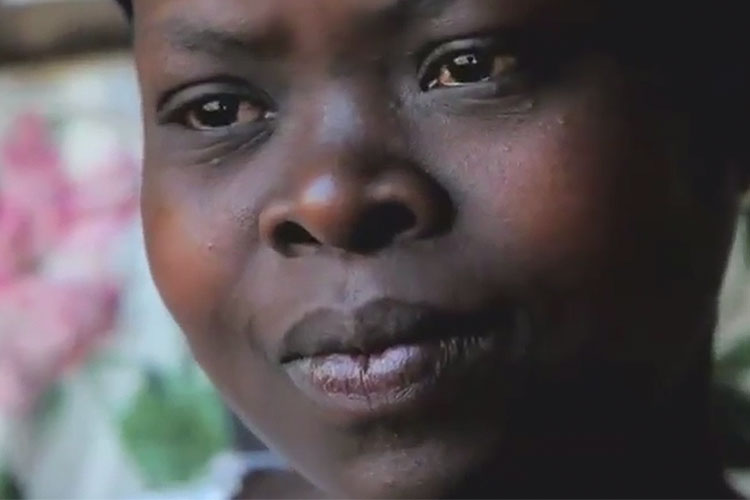 Women are heroes. This is a project of French street artist and photographer, JR, who believes that art can change the world.

His photo project, WOMEN ARE HEROES, highlights the daily courage and resilience of women worldwide who struggle to live and raise their families in war zones. It is a book and an award-winning documentary of women "who have witnessed and endured some of the most merciless atrocities of war as well as the most relentless forms of oppression," laughing and smiling as he photographs them.

Blowing up the size of the photos, JR wrapped buildings and public structures around the world in 2009 - bridges and slums, rooftops and hillsides - from France to Cambodia to Kenya. The only thing the women asked was that their stories traveled with JR around the world, and through the film, they did, through both the film and the book.

Chrysalis is extremely fortunate to have tremendous she-roes and heroes leading us every day. Two special Board members recently received exciting awards, and we extend to them our heartiest congratulations:

The Young Women's Resource Center is proud to announce that Jann Freed, renowed author, leader, community member and former YWRC board member, has been selected to receive the 2014 Louise Noun Visionary Woman Award.

Louise Noun was founder of the Young Women Resource Center before creating Chrysalis, and this recognition honors Jann's outstanding leadership and volunteering for the Center.

Lt. Gonzalez recently returned to the Police Department to continue his outstanding career, and we are thrilled to congratulate him on this tremendous honor!