Who Knew That a Small Girl Could Face Down Wall Street... and Win. 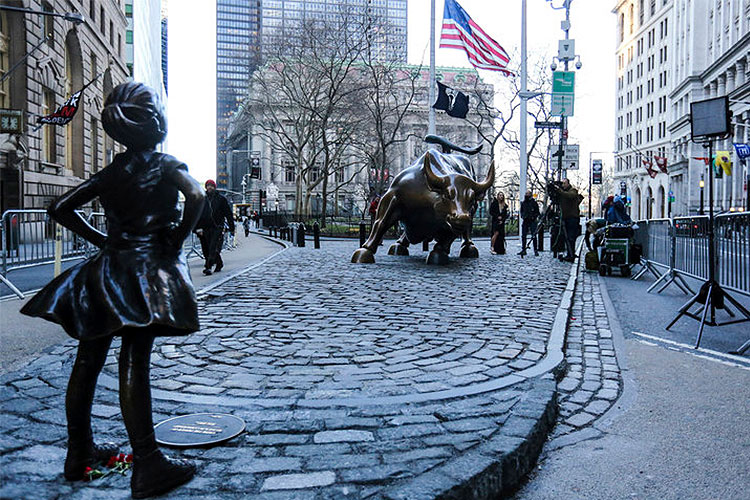 “Refusing to quit” is the term used by New York Mayor Bill de Blasio to describe the statue’s symbolism as he explained his decision to leave the “Fearless Girl” statue in place well beyond the artist’s initial plan.

“In her sort time here, the Fearless Girl has fueled powerful conversations about women in leadership and inspired so many,”  he noted when announcing that the statue – originally installed in March for International Women’s Day and planned to be removed in April – would stay in place across from Wall Street’s famous Charging Bull statue.

Created by sculptor Kristen Visbal, the statue was an immediate hit.  Crowds appeared and selfies snapped while girls and boys, women and men posed alongside her.  The mayor dubbed the statue a symbol of “standing up to fear, standing up to power, being able to find in yourself the strength to do what’s right.”

“Fearless Girl” was commissioned by one of the world’s largest banks, State Street Global Advisors, to celebrate “the power of women in leadership and the potential of the next generation of women leaders.”

Unfortunately, the statue was briefly protested by artist Alex Gardega, who placed a small statue of a small dog lifting its leg to urinate on the statue.  After only 3 hours, strong protests prompted Gardega to take down his statue.

…I don’t know about you, but I think it’s a terrific representation for Chrysalis’ work to assure smart and strong girls and women.