Using a Gender Lens with the Black Live Matter Movement 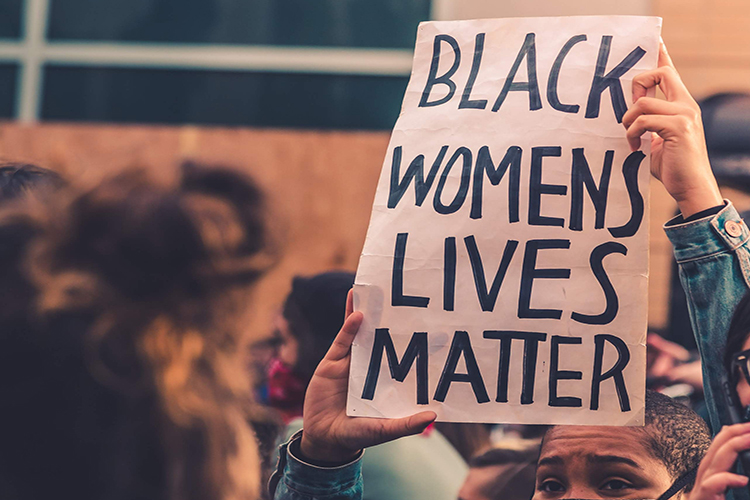 Mourners recently paid respects to George Floyd, killed by police last week, during a memorial service amid rising tension about racial injustice, police brutality, and the centuries-long strife between white and black Americans.

But today also marks a solemn anniversary for another victim of police culpability – it would have been the 27thanniversary of the birth of Breonna Taylor, killed in her home in March by a plain-clothes police officer serving a “no-knock” warrant in a narcotics investigation in her apartment. Thinking this was a home invasion, Taylor’s boyfriend fired a gun at whom he believed was a perpetrator, hitting an officer in the leg. Police fired back 20 times, killing Taylor and sending bullets into a neighbor’s apartment. No drugs were found.

Huffpost posted a video sharing how black women are disproportionately victims of police brutality but often left out of the mainstream conversation. Check out Remembering Black Women In Fight Against Police Brutality to better understand.

Kimberle Crenshaw, executive director of African American Policy Forum, noted that the #SayHerName campaign was launched in 2014 to bring awareness about the black women and girls how have been victims of racist police violence. “Black women deserve the same energy as black men when they are killed by the police,” noted Crenshaw, observing that even less coverage is given to transgender women and men killed by the police.

The Prison Policy Initiative analyzes gender and racial disparities in traffic stops including arrests, searches, and use of force that may occur during an encounter. Its website notes that the experiences of women and girls – particularly black women and other women of color – aren’t mentioned in discussions about police practices. In her book, “Invisible No More: Police Violence Against Black Women and Women of Color,” Andrea Ritchie details now women make up an increasing share of arrests and report more use of force than they did just 20 years ago.

There is no question that the full scope of racial discrimination is unknown throughout all corners of society. But the invisibility of women – especially black women and other women of color – in reporting, interviewing, involving, and supporting, is extremely harmful.

Using a gender lens is critical when examining all problems and concerns. If it isn’t, the intersection of race, gender, class, and other social categorizations will continue to deepen the disadvantage, discrimination, and injustice.

It’s the role of Chrysalis to build connections, conversations, and collaborations, and to work toward change that benefits everyone. It’s monumental work, but with your help, we’ll continue for the next 30 years, and the next…