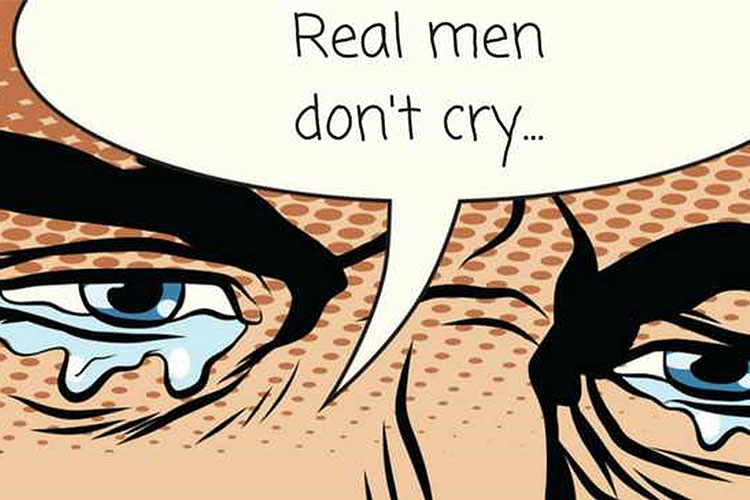 Can masculinity be toxic?  The concept of toxic masculinity is used by psychologists to describe certain traditional norms of behavior that are associated harm – to society and to men themselves.

At some point in our lives we have all been told to “man up,” toughen up,” “don’t be a softie,” or “win at all costs.”  These terms have created an unofficial measure by which we’re judged – beginning on the playground, throughout our school years, and into adulthood – we take this language out into our world.  Much like with females, media and marketing gurus have set the standard for a man’s worth, demonstrating that a “man” always found the treasure, won the battle, and never grew old or weary.

If we connect the dots, incidents like this week’s mass shooting in Florida can be traced to problems with “toxic masculinity.”  This 19-year-old shooter was reported by friends to have been abusive to his ex-girlfriend, and was later expelled from school for initiating a fight with his ex’s current boyfriend.  And as gun violence becomes increasingly common in the U.S., it’s notable that the majority of perpetrators are men – many who have a record of physically abusing the women in their lives.

The man that ran his truck into a crowd in France was known to have terrorized his own family – physical and verbal abuse, violent behavior…even defecating on his daughter’s bed.  The man who gunned down 5 Texas police officers was accused of sexually harassing a female soldier who sought a protective order against him.  The deadliest mass shooter in modern U.S. history at a nightclub in Florida reportedly beat his wife.  The “Boston Bomber” who killed and injured hundreds during the 2013 Boston marathon had been arrested for assaulting his girlfriend…and on and on.

Not all abusers become murderers – in fact most do not.  But the presence of domestic or sexual violence can be an alert to possible danger to society.

Melanie-Angela Neuilly, a professor in the Department of Criminal Justice and Criminology at Washington State University, believes there is a significant connection between violence and the idea of toxic masculinity:

“We raise our boys with an acceptance that violence will be part of their behaviors (’boys will be boys’), while teaching them to repress all feelings except for anger (’boys don’t cry’), in a society which objectifies girls and women,” she explained. “While problematic in and of itself, we see that abusers overwhelming come from abusive background, and replicate patterns they have learned during their childhoods, patterns which are ultimately reinforced in a number of ways in a masculine culture of violence.”

On the heels of the #MeToo Movement, it’s even more critical to change these long-held norms.  Not only to prevent abuse, harassment, and violence against girls and women, but to take action to prevent the horror of mass shootings and terrorism that can evolve from toxic masculinity.

Not only do girls need to learn that this is not behavior that they deserve, but boys need to learn that crying is okay, feelings are important to share, winning isn’t everything, and that power and dominance isn’t a true picture of being male.  We reinforce these messages in all our Chrysalis After-School programs, and work to help parents and community recognize the damage that can be done by the wrong idea of “masculinity”.

PS – Jennifer Siebel Newsom, who wrote, directed, and produced the award-winning documentary Miss Representation (about the way media distorts and misrepresents women), came out with a new film in 2016 about the tremendous harm caused by masculine “norms”.  It’s intended to open our eyes about the disastrous effect of our culture on masculinity.  Watch the trailer:  The Mask You Live In.