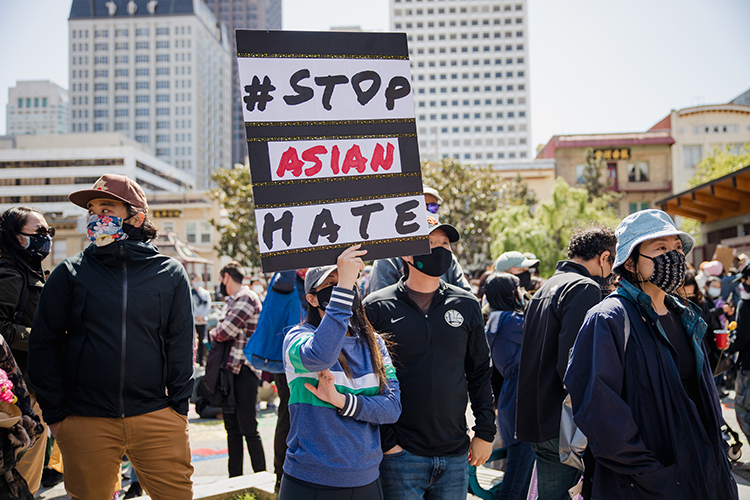 Although we’re just beginning the second quarter of 2021, the amount of hate and violence we’ve witnessed has been appalling. A continuation of the vitriol that has accelerated over the last several years, the coronavirus pandemic has marked a dramatic increase in violence toward Asian Americans – for example, the New York City Police Department reported a 1,900% increase in anti-Asian hate crimes during 2020.

Last month, a 21-year-old white man killed 8 people in the Atlanta Georgia area, six of the victims were of Asian descent and seven were women. The gunman claimed a “sexual addiction” and may have frequented some of the spas he attacked, but officials were reluctant to designate the shootings as a hate crime.

The shootings, however, come after numerous reports demonstrating an increase in attacks on Asian Americans across the country. Data collected by the Center for the Study of Hate & Extremism at California State University, San Bernardino reported a 149% increase in anti-Asian hate crimes in 16 of the largest U.S. cities in 2020. The study found, as well, that the first spike in crimes occurred in March and April — when the COVID-19 virus was first rapidly spreading.

According to data collected by Stop AAPI Hate, 3,795 incidents of harassment, shunning, physical assault, or discrimination were reported between March 2020 and February 2021. Many people have criticized former President Trump for exacerbating anti-Asian discourse by repeatedly referring to COVID-19 as the “China Virus.”

The intersections of racism, sexism, and myriad “isms” compound the problems of so many, particularly women. For Chrysalis, we know these biases enhance the complexity of life experience of girls and women, and it is our responsibility to increase public awareness, as well as work to eliminate them.

But now, Asians are being targeted unjustly, and Sung Yeon Choimorrow, Executive Director of the National Asian Pacific American Women’s Forum (NAPAWF) powerfully shares the impact of racism and sexism on Asian American women in this video.

Please share this information with others who share our values of justice and equity. It's critical work, and vital that Chrysalis includes intentional education in our quest to build equity and inclusion.