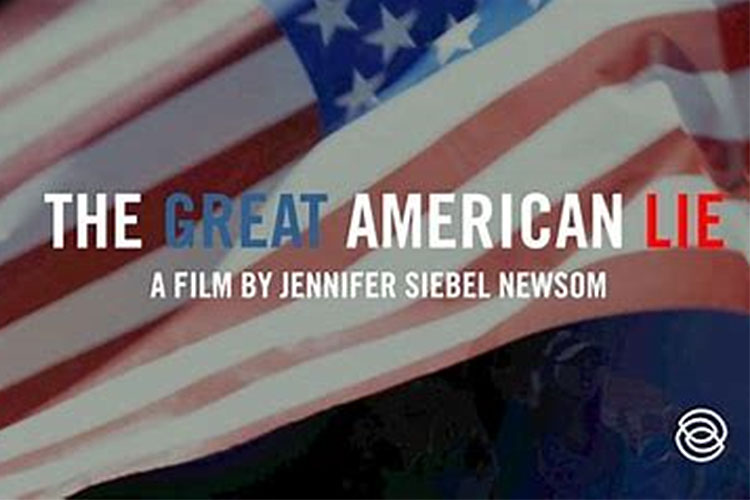 As we gear up for a remarkable presentation from Tiffany Shlain, our 2018 INSPIRED Event speaker, we are learning how important film can be in shifting our awareness of the world around us – both positively and negatively. Shlain’s studies in character and curiosity encourage us to think broadly and differently about how we perceive and understand.

Another gifted filmmaker, Jennifer Siebel Newsom (founder of The Representation Project and producer of the film Miss Representation) has recently released the third of a trilogy of films about the dangers of societal norms, particularly gender norms.  Her first film, Miss Representation, and her second, The Mask You Live In, demonstrated how gender norms and stereotypes about girls and women negatively affect both genders.  Her new film, The Great American Lie, digs into the long-term effects of these norms on culture and society.

Intensified over the past several years, the reverence for what we consider “masculine” qualities” (power, money, individual achievement) have overtaken the characteristics we consider “feminine” such as empathy, collaboration, and concern for others.  The film calls this the “patriarchal system” and demonstrates how this system has tipped American values and led to even greater inequality.

We are currently living in one of the greatest periods of social and economic inequality in our nation’s history: “the top 0.1% of Americans own as much wealth as the bottom 90%…One in five American children and one in eight American women live in poverty,” Newsom notes on the Kickstarter fundraising site.

Intent of The Great American Lie is to inspire people to take action “to challenge stereotypes and work to overcome them.  This is also the work of Chrysalis, in helping girls and women “in-learn” what media and society may tell them about who and what they can be. It is also our responsibility to  build awareness of the high cost of sexism and racial prejudice, and work to eliminate these and other biases that limit our civil and human rights.

Take a quick look at The Great American Lie preview.