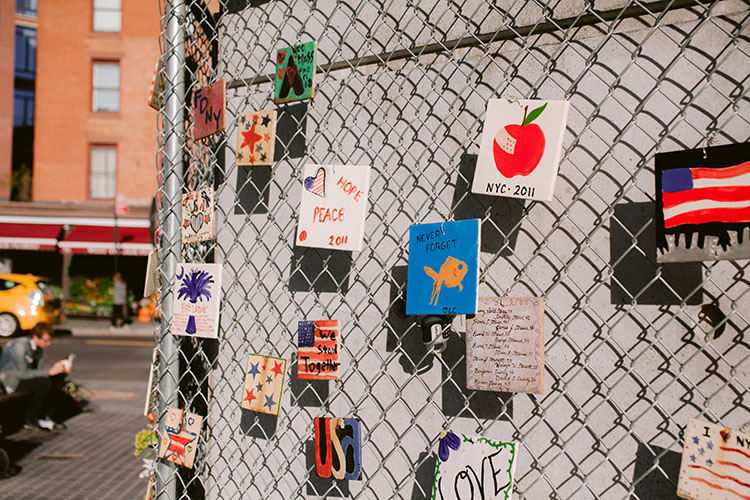 Today marks the 21st anniversary of the most tragic event in our country’s history. The numbers were staggering:

Most of us remember where we were when we heard the news or watched the horror unfold. Just one year ago, we were joined by the authors of Women at Ground Zero: Stories of Courage and Compassion for a moving and powerful experience at the 2021 INSPIRED Event.

Susan Hagen and Mary Carouba had been so interested in finding the women professionals who were on the ground during the World Trade Center attacks that they pooled their money and traveled from their homes in California to search. “One of the things that bothered us most about the invisibility of women at Ground Zero was that the media presented few role models for girls and young women who might be considering careers in public safety,” Hagen and Carouba write in the book’s introduction. “Women have worked hard to make inroads into occupations that were previously available only to men, and we did not want the women working at Ground Zero to fade into the background of American history. Nor did we want to see current and future generations of children grow up believing that only men are strong, brave, and heroic.”

It may be hard to estimate how many people decided to become firefighters, police officers, or paramedics after 9/11, including women. But it had been only since 1977 that the New York City Fire Department allowed women to take the test to become firefighters; at the time, 89 women tried.

Although most women passed the written exam, few passed the physical fitness component. It was clear that the grueling physical test was (as one official noted) the most difficult the department had ever administered – likely designed to keep women out of the fire department.

Requests for a fairer physical exam led to former Congresswoman and women’s rights leader Bella Abzug to represent the request to leaders at the FDNY, they “practically laughed in our face,” noted one applicant by the name of Brenda Berkman. Berkman had been a 3rd year law student when she took the test when, after numerous efforts to be heard, she began steps to file the highly publicized lawsuit, Brenda Berkman et al V. The City of New York.

After a decision in their favor, 40 women entered the fire academy in 1982, and became the first female firefighters in the history of New York City. Berkman herself served as a firefighter for nearly 25 years and retired in 2006 at the rank of captain.

Berkman founded and became first president of United Women Firefighters, won the Susan B. Anthony Award from the National Organization for Women, and was appointed a White House fellow by President Bill Clinton. Her story has become a PBS documentary, Taking the Heat: The First Women Firefighters in New York City.

Captain Berkman was one of the women profiled in Hagen and Carouba’s book, Women at Ground Zero. The book and last year’s ABC documentary brought forward the courage and heroism of these remarkable women.

But news coverage – even today – often relegates the narrative of women’s roles to that of widows and nurses, rather than working side by side in the same roles as men. Our work is to engage the “gender lens” of history, including in real time, to bring the stories and experiences of women to the forefront.

Without female role models, young girls would not have the opportunity to envision themselves in any profession or position they aspire to – just one of the ways Chrysalis After-School changes girls’ perspective for the future and gives them support to reach the goals they set for themselves.