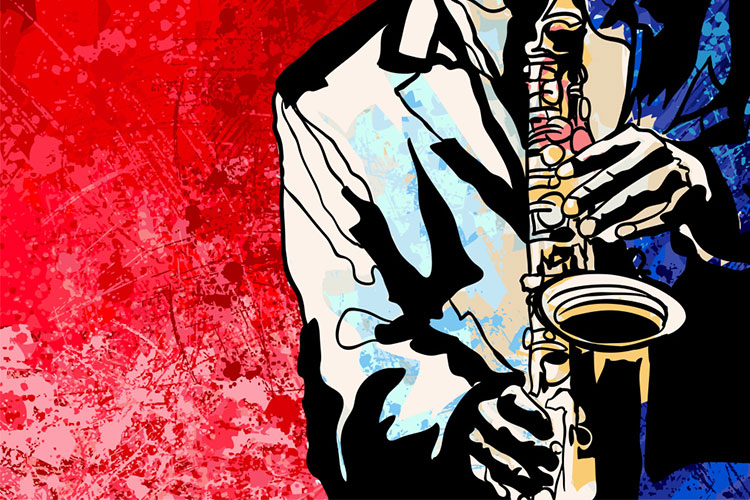 Chrysalis is partnering with Metro Arts Alliance to present the new series “Leading Ladies of Jazz” – our first concert will be this Saturday evening, 6:30-8 pm at Evelyn Davis Park.  Attached is the complete schedule for your information.

Did you know that jazz music was considered a strong force in the Women’s Liberation Movement in the 1920’s?  At the time, women were the strongest supporters of congressional action eliminating prohibition, as well as leading the Women’s Suffrage Movement, and jazz music provided an outlet for their rebellion.  As well, jazz music provided jobs within the music industry for women, and expanded the presence of women as consumers.  Previously, music was performed only by male musicians, and in the 20’s, women as vocalists, composers, and musicians became increasingly popular.

The 1920’s dance halls provided women an opportunity to break away from their “traditional” roles as mothers and daughters, giving them new ways to dress, speak, and behave.  For young women, it was a way to revel against the society of their parents and grandparents.  Flappers, sometimes referred to as “jazz babies,” became a target by marketers who were looking for a new and open opportunity to sell goods – young women were buyers of radios, dance garb, cosmetics, and musical instruments, all advertised for their appeal to the “independent woman.”  Print advertising also changed dramatically – women appeared in ads  with short hair and lingerie-like clothing, rather than the fully-covered woman on the arm of a man.

For some women, jazz employment provided upward mobility and increased opportunities, even an escape route from domestic work, share cropping, or poverty.  For others, jazz meant rebelling against religious, familial, or other social restrictions.  For some, it meant a serious risk of class status that could affect life chances.

Classical piano meant respectability and class status for women, but racism prevented employment in classical music, and working class economic status made it necessary to earn a living; for such women, jazz employment could be experienced in ways not so positive.  Jazz participation became a way for women to be modern, and to participate in new musical forms, technologies (such as radio, recording, motor vehicle travel), and gender possibilities at once.

Today, music is an important place where we learn about gender – ideas about femininity and masculinity (along with categories of race, culture, etc.) are learned, taught, argued, and challenged.  Lyrics describing “hot,” “sweet,” or “sexy;” instruments such as drums or piano, or musical roles including singer, dancer, or instrumentalist move to define “norms” we associate with gender.  Because of this, music can operate in the broader struggle related to social distribution of power.

Through our sponsorship, Chrysalis can help to reframe jazz history – and the present – so that women and gender are visible and highlighted.  Women’s contributions to the history of jazz music, as well as more current music, art, and other such platforms, needs to be recognized and shared for younger girls to see and know the possibilities.  Thank you for making this the work of Chrysalis.