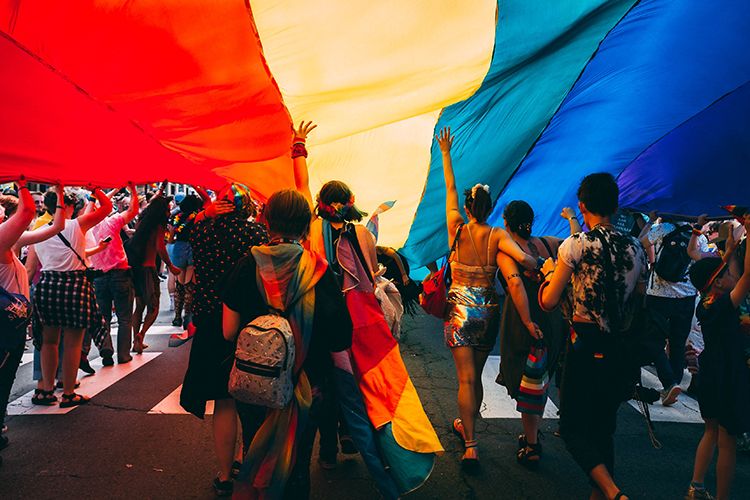 Des Moines is unique in celebrating Pride this year – rather than only a few days, the event spans the 30 days of June. This new way to celebrate involves activities at dozens of venues to allow as many people as possible to enjoy outdoor festivities.

Many point to one specific night as the beginning of the gay rights movement: June 28, 1969. This was the night of the notorious Stonewall Riots, when patrons of the New York City’s Stonewall Inn rebelled against a police raid arresting men and women violating ‘cross-dressing’ laws of the day.

Citing this date as instrumental in the origins of Pride Month, the first Pride March as we know it, held the last Saturday in June, was first coined Christopher Street Liberation Day in recognition of the street address of the Stonewall Inn. Pride parades, events, and festivals are annual events celebrating lesbian, gay, bisexual, transgender, non-binary, and queer (or questioning, intersex, and asexual (or allies)) achievements, legal rights, and self-respect.

Common symbols of pride are the rainbow (or Pride) flag, the Greek letter lambda, and the pink or black triangle – both reclaimed from previous use as badges of shame used in Nazi concentration camps.

The original Pride flag was designed in 1978 by artist and gay rights activist Gilbert Baker, who has encouraged by friends and gay rights leader Harvey Milk to create a positive symbol the entire LGBTQIA  community could utilize. A new 8-stripe flag was created in 2017, adding black and brown stipes to include diversity.

Although Pride Month gives much to honor, there are still roadblocks to overcome. Over 27% of trans youth have attempted suicide and nearly 9 in 10 have thought about it. Many more face hatred, discrimination, violence – exacerbated by recent legislation. This year marks the most anti-LGBTQIA state legislation in recent U.S. History, with an estimated 250 state bills proposed nationwide since January, 2021, and at least 17 bills signed into state law.

Many states still lack the fundamental human rights protections for LGBTQIA, and violence is increasing against transgender people of color and those who don’t follow gender or sex norms.

Over the last year, the Women’s Funding Network, our “sister” association of women’s foundations and funds, has more commonly used the phrase “marginalized gender/s” rather than just “women and girls” when referencing the network and its mission.

“We cannot build a more equitable and just society when we start with a false binary,” noted WFN President and CEO Elizabeth Barajas-Roman. “Shifting power to those most marginalized in our world includes centering the voices of sexual and gender minorities in communities of color.”

Chrysalis continues to stress the importance of intersectionality – defined as “the complex, cumulative way in which the effects of multiple forms of discrimination combine, overlap, or intersect,” which includes gender identity and preference. It’s one more reason our work is complex, and the more we understand the barriers “marginalized gender/s” (or women and girls) face, the better we can help prevent or overcome them.