International Day of the Girl 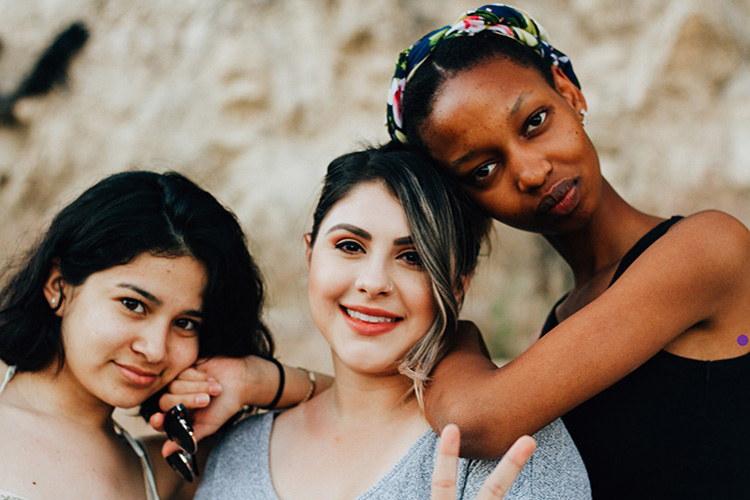 October 11 was  International Day of the Girl, commemorated by this video from UN Women, a United Nations entity working toward equality and empowerment for women and girls worldwide. UN Women builds on the vision for girls and women outlined by the UN Sustainable Development Goals through priorities of women’s leadership, economic autonomy, freedom from violence, and contributing to world peace.

Since 2012, October 11 has been recognized by a declaration of the United Nations as a day to support more opportunities and to raise awareness about gender inequities for girls across the globe. In addition, the recognition reflects the emergence of girls and young women as a distinct entity in policy, programming, campaigning, and research.

Originally focused on girls’ education, 2019 marks the unveiling of the Girls’ Bill of Rights, involving voices of over 1,000 girls ages 13-22 (representing 40 countries) globally in sharing their beliefs on the most important rights girls are entitled to. Using the 2019 theme, GirlForce: Unscripted and Unstoppable,” the Bill will be presented to the Deputy Secretary-General of the United Nations with a request for their input will be incorporated in the agenda of the United Nations in the future.

Celebrities, artists, and others have partnered this year with CARE, an international humanitarian agency working to eliminate poverty, and Care Bears (a character originally created for use on American Greetings cards, now including plush teddy bears, movies, and television specials) to create a unique collection of one-of-a-kind bears to be auctioned on eBay.

For example, actress Sophia Bush created Justice Bear in the image of Supreme Court Justice Ruth Bader Ginsberg, to remind us that although we’ve come a long way, women’s fight for civil rights is far from over.

Here is the just-released Girls’ Bill of Rights: 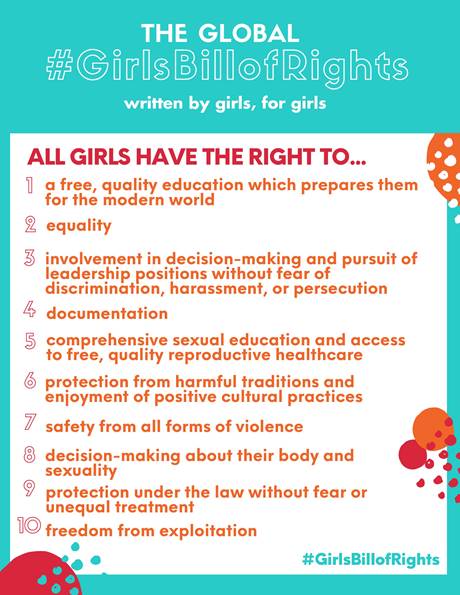 Care International also released a short video of girls answering the question, “what would you do if you ruled the world?”

The potential for our future depends on the success of girls, according to Dr. Babatunde Osotimehin, Executive Director for the United Nations, who views age 10 as a pivotal. His statement, “In many ways, a 10-year-old girl’s life trajectory will be the true test of whether the 2030 Agenda (of the United Nations Population Fund) is a success – or failure” is part of the forward for this powerful document.

We believe it, too. Celebrate the girls in your life today and every day. They are our future.