Human Trafficking: What is Chrysalis Doing About It?

It’s challenging to find reliable data around the issue of human trafficking.  Although this type of human slavery has existed for longer than we can document, it’s risen exponentially in the past few decades, since the internet has made advertising and sale of humans as simple as a click of the mouse. 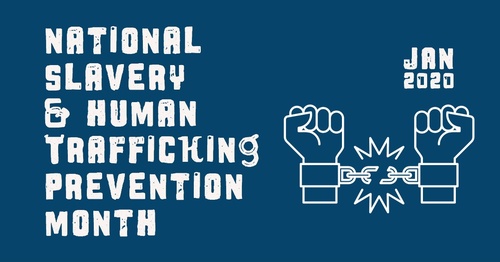 Just last year, we learned of the horrendous practice of financier Jeffrey Epstein, who reportedly trafficked dozens of underage girls as young as 14 years of age.  New England Patriots owner Robert Kraft was caught in an extended sting operation for soliciting prostitution. Smallville actress Allison Mack was charged with recruiting women into a sex trafficking operation. But most traffickers – and the purchasers of services – remain hidden.

Here are a few facts about human trafficking that you may not know:

Human trafficking wasn’t illegal until 2000, when the Trafficking Victims Protection Act was passed, making it a federal crime.

In 2018, the United States, along with Mexico and the Philippines, was ranked as one of the worst places for human trafficking. Estimates place the numbers in the U.S. in the hundreds of thousands.

Every state in the U.S. reports human trafficking, with most cases reported in California, Texas, Florida, and Nevada (Las Vegas).

An estimated 18-20,000 victims of human trafficking are brought into the U.S. each year; the remaining victims are U.S. citizens.

Children are the most vulnerable, as they are “easier to control, cheaper, and less likely to demand good working conditions,” note researchers.

More than 300,000 children in the U.S. are considered “at risk” for exploitation and trafficking.

Children raised in foster care have a significantly higher risk of becoming victims – in 2013, 60% of child victims recovered by the FBI were in foster care.

Of children reported missing in 2017, 88% had been in the child welfare system and 14% were likely victims of sex trafficking.

Outside the sex trade, human trafficking victims often work in private residences, on farms, in the hospitality industry, and in the health and beauty service industry.

The National Center for Missing and Exploited Children report that 73% of 10,000 child sex trafficking reports it received each year involved advertisements from Backpage, an online sex trafficking site.

The current administration has removed funding for legal services for trafficking victims, which had previously funded 45 victim service providers with $31 million.

Chrysalis has been concerned about domestic sex trafficking, including child prostitution, for years because this affects a large population of youth under age 18.  We learned that the primary target for traffickers is girls between the ages of 11 and 14 - which is the age of girls involved in Chrysalis After-School programs.

Chrysalis also provides grant funding to and partners with a number of agencies that work with victims and/or potential victims, including Youth Emergency Services and Shelter, Crisis Intervention and Advocacy Center, Children and Families of Iowa, and others who report to us the prevalence of trafficking in this community.

What else has Chrysalis done about sex trafficking?  We’ve employed anti-trafficking education in our work with girls in Chrysalis After-School programs.  We bring education on the effects of trauma to our after-school program facilitators, community partners, and other stakeholders, and we work to build community awareness and education about the issue. We have partnered with the Iowa Attorney General’s Office, the Des Moines Police Department, and the Des Moines Public Schools to expand education and awareness.

To learn more about the signs of sex trafficking in children, click here, or take a look at this brief video. Thank you for being a leader in this work.