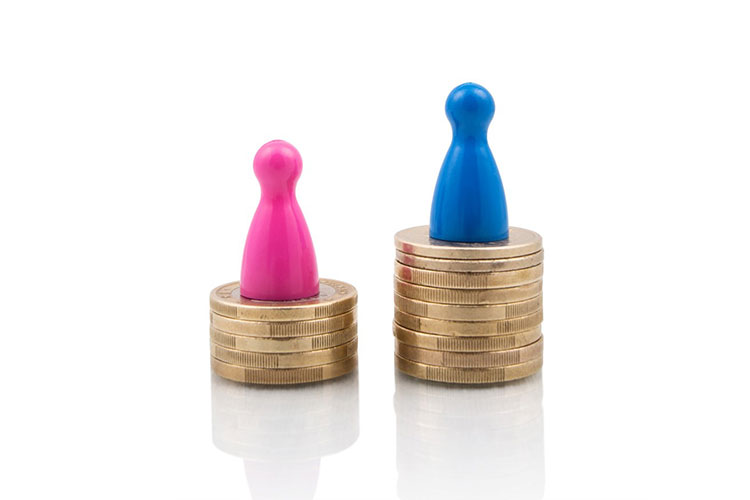 While the gender pay gap has been closing, it still remains wide.  It may simply be this:  work done by women isn’t as valued as that done by men.  This fact was documented by a recently-released study from Cornell University.  When women enter career fields in greater numbers, pay declines – for exactly the same work that more men were doing before.

It’s tough to believe because women are now more educated than men, have as much work experience as men, and are entering high-paying careers  at equal rates.  As an example, The Institute for Women’s Policy Research (IWPR) found that even within the same occupations, men out-earn women in 114 of 116 jobs.  Male physicians and surgeons make $756 more per week than women physicians and surgeons, which computes to nearly $40,000 annually; female attorneys earn only 82% of what male attorneys earn.

“Rearranging women into higher-paying occupations would erase just 15 percent of the pay gap for all workers and between 30 and 35 percent for college graduates,” researchers found.  “The rest has to do with something happening inside the workplace.”

What makes the most difference for women in the workplace is flexibility of hours and location (which most commonly determine where the family lives).  “The gender gap in pay would be considerably reduced and might vanish altogether if firms did not have an incentive to disproportionately reward individuals who labored long hours and worked particular hours,” noted a report in the American Economic Review.  Generally, this favors men, who are more easily able to work longer hours or be on call.  But jobs in which employees can easily substitute for one another – pharmacists, for example – have the smallest pay gaps.

Whatever the reasons, this matter isn’t just a women’s issue.  Between 1967 and 2012, the percentage of females who earned at least a quarter of the family’s income rose from less than one-third to more than two-thirds of households.  And for single mothers with children under 18, over 40% are the family’s sole or primary breadwinner, which can significantly contribute to poor nutrition and living conditions and fewer opportunities for their children to succeed.

One single fix won’t close the gender pay gap, but it’s interesting to note that some of the changes can be simpler that we thought.  Not only can we encourage girls and women to consider jobs that have been previously male-dominated (engineering, web developers, and pilots), but we can make others aware of the discrimination that has historically moved women’s wages lower.  And we can encourage employers to look at family leave policies and flexible scheduling, as well as recruiting workers based on talent and interest, not stereotypes.

Read this interesting report on equal pay. Thank you for supporting women and girls in your communities.