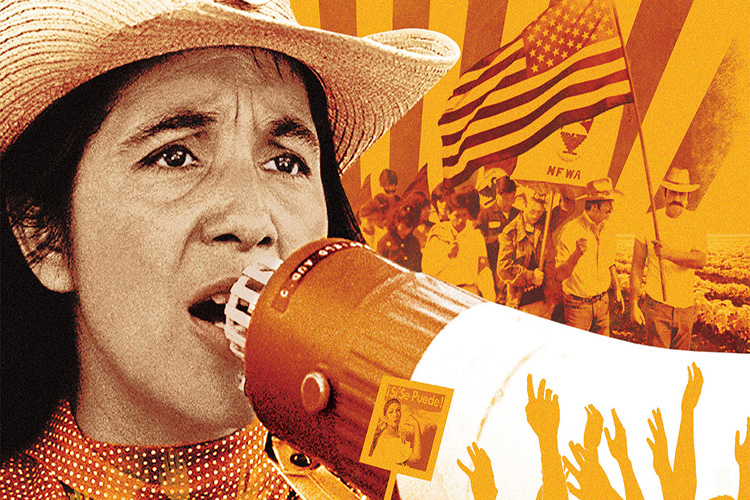 Thank you to those who joined us this week to view DOLORES, the documentary about our INSPIRED speaker Dolores Huerta. Thanks, as well, to Drake student and Chrysalis intern Jocelyn Rimes for planning and implementing this event, to Drake University for hosting us, and to board member Paula Plasencia who helped lead the post-movie discussion.

The documentary was a powerful narrative of the contributions of Dolores Huerta, including significant historical moments. Here are a few points that may help you as board members in sharing why Chrysalis invited Dolores Huerta to speak at year’s INSPIRED Event, and what her contributions are to our history:

As the moviemakers noted, she is one of the most important yet least recognized changemakers and activists of our time. Key messages from Dolores Huerta’s life and work are:

Power of women – being a woman can increase or challenge one’s leadership and influence.

Intersectionality – there are a multitude of interconnections between civil rights, social justice, feminism, poverty, economic inequality – all affect one’s power.

Definition of a “feminist” – Dolores states “a feminist is someone who stand up for not just women’s rights, but environment, immigrants, low-income, those without power.”

What it means to be an “American” – posing the question: weren’t people of color “Americans” before America existed? Did they struggle and sacrifice for this country?

We’re thrilled that this year’s INSPIRED Event is nearly sold out – a testament to the power of Dolores Huerta, her life, and her story. We look forward to seeing you Friday at the INSPIRED luncheon, and if you are able, at the informal reception planned in partnership with Des Moines University on Friday afternoon from 5-6:30 pm.

Thank you for being a leader in our work.