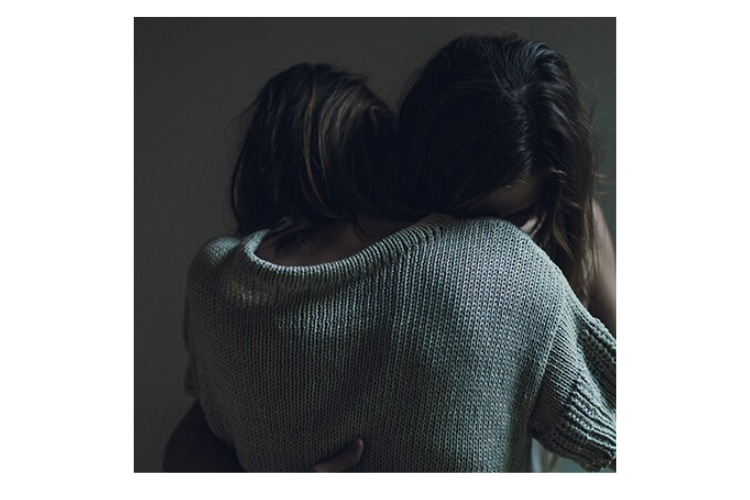 In 2019, the Thomson Reuters Foundation released a list of the top 10 most dangerous countries for women. Using a survey of over 550 experts on women’s issues, India was identified as the most dangerous and where the levels of violence against women run high. Of greatest concern in India are 3 issues – sexual violence and harassment, cultural and traditions and practices (female infanticide, forced marriages, and death by stoning), and human trafficking (including sex slavery and domestic servitude). In 2016, an average of one rape every fifteen minutes was reported in India.

War and civil unrest led Afghanistan, Syria, Somalia, and Saudi Arabia were next on the list of most dangerous for women. Access to healthcare and limited economic resources, in addition to the problems in India, compound the dangers for women in these countries.

All but one of the remaining countries on the list of most dangerous are in Asia, the Middle East, or Africa. However, the United States is among the most dangerous countries for women – the only nation in the Western world. The Reuters Foundation suggests that this ranking is directly related to the #MeToo and Time’s Up movements, when thousands of women joined the social media movement to share stories of sexual harassment or abuse. 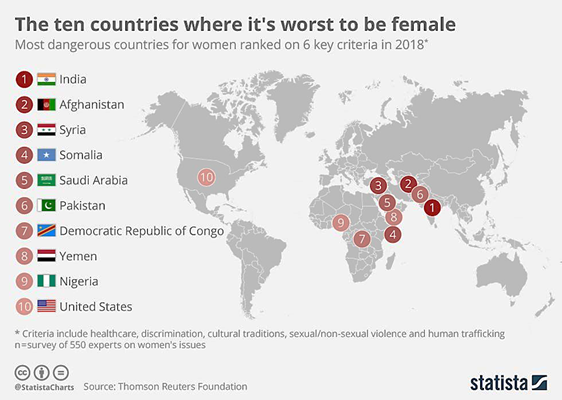 The United States is also tied with Syria in third place for the risks women face including sexual violence, rape, harassment, sexual coercion, and lack of access to justice in rape cases.

In many countries, the simple fact of being female creates a risk, as noted by Bill and Melinda Gates (Gates Foundation) and by Nick Grono, CEO of the Freedom Fund dedicated to ending human slavery. And according to the Network to End Domestic Violence, “People want to think income means youre protected from misogyny, and sadly, that’s not the case.” In fact, domestic violence is underreported among those termed “wealthy women,” whose access to resources allows them to stay in hotels or travel to where they have family support; and who may hold concerns about police records impacting careers or community standing.

The Institute for Women’s Policy Research reports that intimate partner violence costs the United States multiple billions of dollars – most likely a gross underestmate of the full cost to victims over a lifespan.

Safety is the bedrock for assuring girls’ and women’s success and a top priority for Chrysalis. We’ll continue to learn and share more with our community to build awareness about our work, to assist individuals and organizations in addressing safety, and to inform others on how Chrysalis After-School programs work to prevent violence in the lives of girls.