Chrysalis Wants Freedom from Violence for All Girls and Women

Chrysalis prioritizes community investments in safety for all girls and women. Our definition of safety begins with freedom from violence, which is one of the most ominous and challenging threats people can face. And abuse – physical, mental, or emotional – of a child can scar for a lifetime. 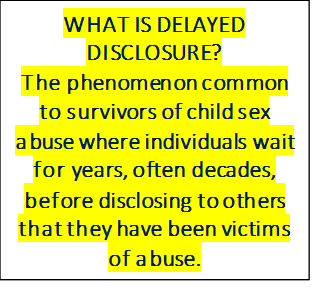 Understanding, identifying, treating, and preventing these traumas and the work around Adverse Childhood Experiences has been groundbreaking in building strength and resilience in those who have
suffered.

Efforts in the area of addressing child sex abuse is extremely difficult, because victims may either not know they are being victimized or they are ashamed and embarrassed. In fact, Data from the US Department of Justice notes that 86% of child sexual abuse goes unreported altogether, and when victims do report, a high percentage do not disclose until well into adulthood.

This phenomenon is known as delayed disclosure, and the average age at disclosure is 52 years old. According to ChildUSA, a national think tank for protection of children, This delay is particularly relevant in light of the fact that research indicates that history from the victim “remains the single most important diagnostic feature in coming to the conclusion that a child has been sexually abused.” Statistically, disclosures of abuse are more telling than even medical examinations of abused children. 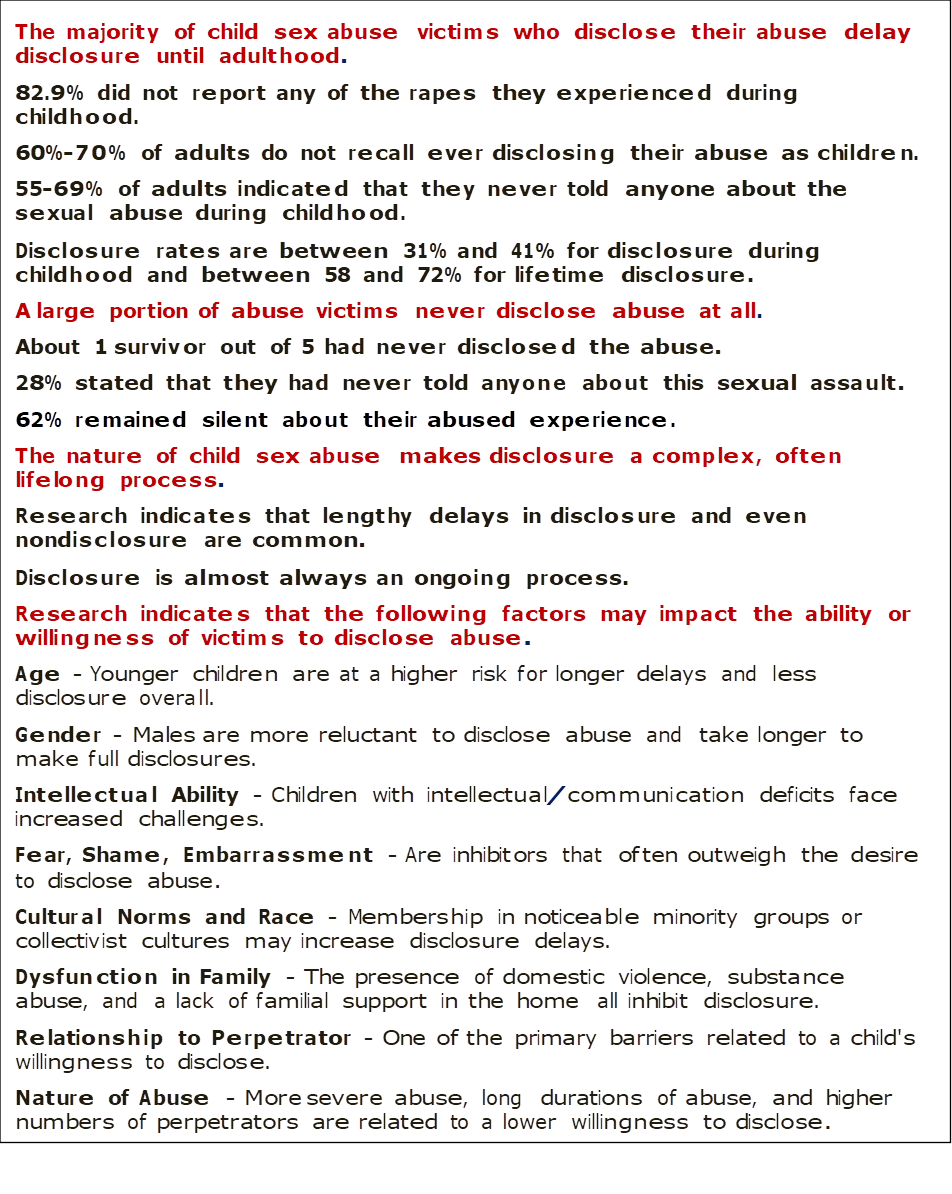 Researchers understand the reluctance of children, as well as the barriers that prevent children in reporting sexual abuse. They may not understand that they have been abused, or may not be able to explain what happened. Children also may tell other children but not have an adult they can talk with. They may not be believed.

Researchers note that the closer the child is to the perpetrator, such as a parent or relative, friend or trusted adult, the more unlikely it is that a child will report victimization.

These circumstances further traumatize a child and create a power differential between the child and adult. Delay also affects any future justice, as by the time a victim comes forward, the statutes of limitation (SOLs) may have expired.

It is critical that policymakers understand the nature of delayed disclosure in order that victims of child sex abuse access justice. In 2019, 23 states and the District of Columbia expanded the opportunity for reporting by adjusting their statutes of limitation.

For Chrysalis, assuring that girls in Chrysalis After-School have the opportunity to build relationships with trusted adults they can feel comfortable with in sharing both their “highs” and their “lows” (this is an opening exercise for most after-school program meetings).

We also train after-school program facilitators and nonprofit staff members to recognize the signs and symptoms that a girl (or woman) is facing abuse, threats, or violence, and to report appropriately.

Each of us can encourage our friends and family to talk with their children, believe what they say, and build a trusting relationship that maintains open and honest communication. We can also pay attention to the children in our lives and be open to conversations with them if we notice a change in mood or behavior.

It's a simple act of caring, and can make a remarkable difference.