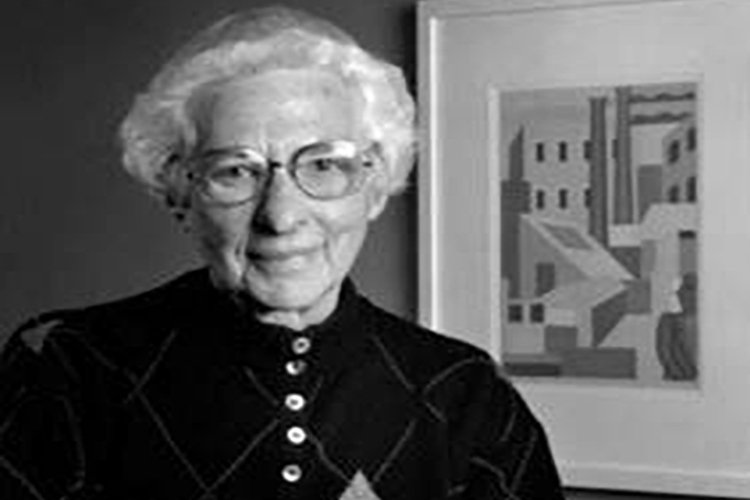 It seems appropriate that today – a day during Women’s History Month and a day preceding International Women’s Day – we take moment to honor her commitment to the rights of women and girls. In her lifetime, she was labeled “unorthodox and militant,” “iconoclastic activist,” “civil libertarian,” and of course, a “strong-minded woman.”

When Louise was 5 years old (1923), activist Alice Paul proposed the Equal Rights Amendment for the first time. It took nearly 50 years for Congress to approve the amendment- but in March of 1972, they succeeded and Congress sent the proposed amendment - “Equality of rights under the law shall not be denied or abridged by the United States or by any state on account of sex” – to the states for ratification by the mandatory 38 states. Only 22 immediately ratified, but those opposed led a campaign against it. Twenty-two of the required 38 states ratified it right away, but then conservative activists mobilized against it. Unfortunately, even though other states followed suit, the deadline for ratification expired in 1982, and it has never been passed.

When she was 25, Frances Perkins (a sociologist from New York) became the first female on a Presidential cabinet (1933). Not until Louise was 52 (1960) did the FDA approve the first birth control drug, and when she was 64 (1972), Katharine Graham became the first woman CEO at a Fortune 500 company – The Washington Company, and under her leadership, The Washington Post famously broke the story of the Watergate scandal. Sandra Day O’Connorwas confirmed as the first woman on the United States Supreme Court, Louise was 73 (1981). Not until 1997, when Louise was 89, was Madeleine Albright sworn in as the first female Secretary of State.

Only if Louise has lived to be nearly 113 would she have seen the inauguration of the first Black, First South Asian, first female vice president in United States history – Kamala Harris. For Louise, however, this would have been an achievement, but less than a woman as president.

Louise Noun was always different from other girls in her world – she was one of a kind. Denying the life her mother prescribed for her, she stepped into a life of her own. Louise took on society norms and so strongly believed in civil rights that she backed and financed the landmark US Supreme Court “Tinker Case” to assure First Amendment rights to Des Moines high school students. Louise didn’t intend to be “one of a kind.”  She intended to demonstrate that “women need to have other women as role models in their support for charitable causes and social change efforts.”

This was Louise’s mindset, but ever the woman in charge of her own destiny, Louise’s final decision was when she was ready to die. In fact, she planned and completed her goal in August of 2002.

We pay tribute to Louise Noun on her birthday, to her life of disruption for the sake of the future of women and girls.