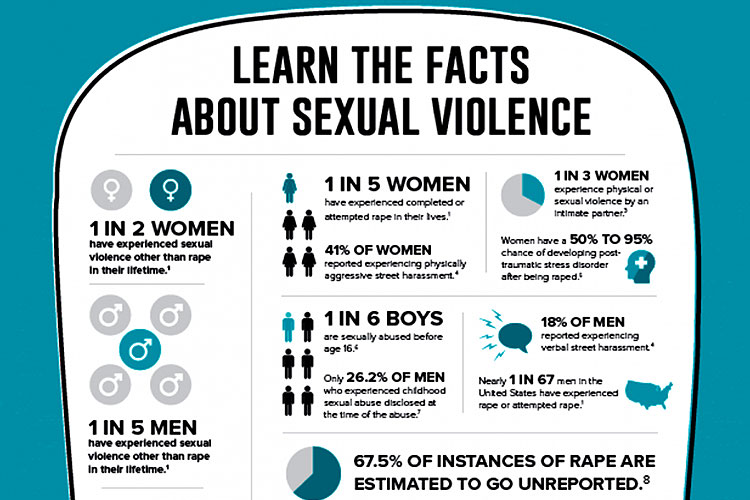 Although our attention has been focused on the alarm of recent news, worries about income taxes, and threats of international conflict, it is still important not to forget that April is Sexual Assault Awareness Month.

“Embrace Your Voice” is a fitting theme for 2018, since attention has exploded through the #MeToo and #TimesUp campaigns, among many others.  Here are some facts recently published by the National Sexual Violence Resource Center:

A new documentary being released by HBO, “I Am Evidence,” tracks the shocking statistics of untested rape kits in police and crime lab facilities across the country: an estimated 225,000.  In Iowa, an audit in 2016 by the Iowa Attorney General found at least 4,265 untested rape kits throughout the state.  In 2015 and 2016, the U.S. Department of Justice awarded $3 million to address the issue by testing kits, investigating and prosecuting cases, and re-engaging survivors.  As of this March, 338 of the backlogged kits have been sent for testing even through Iowa law does not require law enforcement to track or test rape kits.

A rape kit is a collection of evidence collected by medical personnel to preserve the evidence of sexual assault.  The process of collecting this evidence is highly invasive and extremely time-consuming: the entire process taking between 2.5 and 5 hours. Collecting a rape kit reportedly costs more than $1,000; some states require the victim to submit claims to personal insurance providers before the state will cover the expense.

For rape and sexual assault victims, the trauma can be enormous and prolonged, and the financial burden compounds the effect.  This year, the Iowa Legislature is considering a bill to mandate testing of new rape kits and require the state to develop a tracking system by 2019 for a victim to follow the status of her/his own kit.

Our GirlPower peer mentor program, funded in partnership with Mercy Medical Center through Catholic Health Initiatives, provides prevention education to girls in Chrysalis After-School programs to help them discern unhealthy relationships and take control of their own bodies and decisions.  Our evaluations report that for elementary and middle school girls, learning about this from a girl in high school is profoundly meaningful and effective.

Avoiding and preventing sexual assault, domestic assault, abuse, and other crimes is the most cost-effective work we can possibly do. Let’s continue to work on this together.