It's about boys and men too 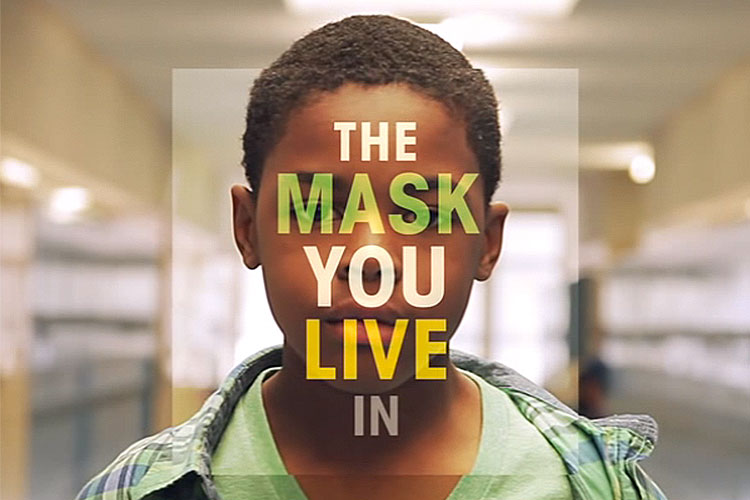 A new film by MissRepresentation director Jennifer Siebel Newsom will debut at the 2015 Sundance Film Festival in January that asks the question: as a society, how are we failing our boys?

THE MASK YOU LIVE IN is a documentary that brings to light the research confirming that boys in this country are more likely to be diagnosed with a behavior disorder, prescribed stimulant medications, fail in school, binge drink, commit violent crimes, and/or commit suicide. These are the results, the film asserts, of our perceptions that men must be powerful, aggressive, dominant, and uncompromising.

The documentary provides a stark view of the lives of men – young and old – who are subjected to cultural and societal messages that connect “respect” to “violence.” If you’re interested, take a look at the trailer (warning – there is some raw language): The Mask You Live In – Trailer

A lighter approach to this issue comes from the Dove brand, which unveiled the Dove Men+Care campaign in 2010, encouraging men to “be comfortable in their own skin”.

Dove plans to launch a second ad during the 2015 Super Bowl that continues to challenge the “manly” stereotypes presented in advertising. Its message encourages a conversation toward a more realistic expectation of what is means to be a man today.

Girls and women are exposed to the same societal and cultural messages about males, which perpetuates their sense of fragility and weakness. Our work involves dispelling the stereotypes that create disrespect, violence, and objectification of women; and hampers girls’ and women’s confidence and self-image.

As you can see, it’s not just about girls and women, it’s about boys and men, too. Thank you for your leadership in this work.