longtime donor and past chrysalis board member 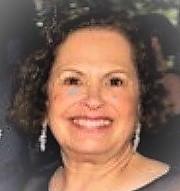 Andrea (Andi) Gordon was a key board member during the early years of Chrysalis, joining the board in 1995.  Although Andi and her youngest daughter Laura later moved to Colorado, Andi has faithfully given to support Chrysalis every year – often twice a year. In fact, Andi Gordon is the single long-term donor whose continual gifts to Chrysalis have spanned 3 decades. She even encouraged her children to give to Chrysalis, and they did so with the same thoughtful generosity.

According to Andi, “I was honored to serve on the Chrysalis Foundation Board when I lived in Des Moines, and I and continue to support the Foundation’s great work helping women and girls in need – especially with Chrysalis After-School.”

It was Andi who came up with the idea of creating a hands-on prevention program to mentor middle school girls. After mentoring high school girls for several years, she believed girls needed support much earlier – during the difficult and vulnerable years of adolescence. In addition to expanding her friend and mentor Louise Noun’s vision for Chrysalis, Andi believed this approach would ensure that girls became strong and healthy – both physically and emotionally. From this insight, Chrysalis After-School was born in 1998 and has grown in size and scope over the last 22 years.

On one of Andi’s significant birthdays, she asked friends to give to Chrysalis rather than send a birthday gift to her. With this encouragement, Chrysalis received nearly $50,000 in support of the Chrysalis After-School program from friends of Andi across the country.

Most recently, Andi challenged Chrysalis to raise $60,000 during 2019, its 30th anniversary year, which Andi would match by 50%. Chrysalis recognized Andi by naming the effort the Andrea S. Gordon Legacy Challenge and exceeded the goal by raising over $80,000. Matched with funds from Andi, a total of over $120,000 was raised to support the GirlPower peer mentor program, involving high school girls in teaching and mentoring younger participants in Chrysalis After-School programs.

The Gordons moved to Aspen in the late fall of 1998 to provide daughter Laura the opportunity for expanded tennis coaching (Laura is a highly-decorated college champion and coach). The Gordons have two other children, daughter Elaine (husband Jason) and son Dan (wife Leah), and grandchildren Benjamin and Caroline, and they split time between their home in Aspen, Colorado, and Chicago, where her husband Jim’s investment business is based. The couple gives generously to public school programs, education and sports programs for children at risk, and the arts, and have become recognized advocates for numerous philanthropic causes.

Thousands of girls have benefitted from involvement in Chrysalis After-School programs, thanks to the vision and support of Andi Gordon. We are grateful for all she has given to support Chrysalis and the success of countless girls and young women and honor her leadership in continuing the vision of our founder, Louise Noun.