Toxic Masculinity and the US Capitol Attack 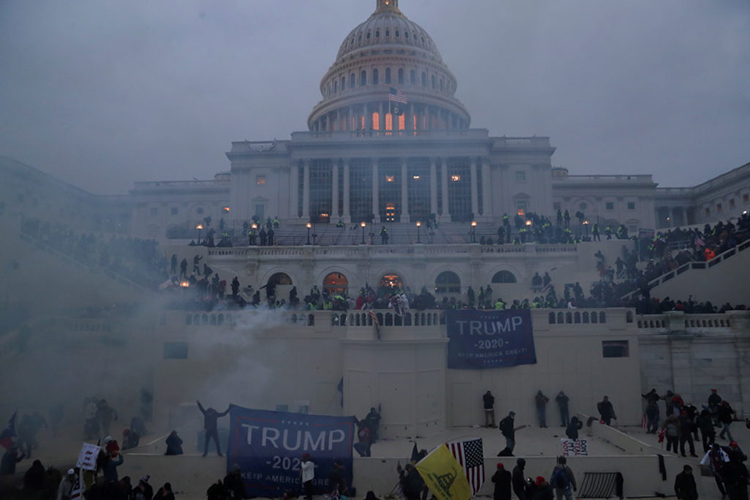 The events of the past week have been traumatizing for all. The mob that ravaged our nation’s Capital horrified and alarmed us, and for many the event was triggering for people who face violence every day.

USA Today adeptly outlines the reason in a recent article:

It wasn't just masculinity, or entitlement, or supremacy. It was all of it that made the Capitol attack possible and often allows us to overlook the quieter attacks on our everyday lives, said Kristen Barber, a sociology professor at Southern Illinois University, Carbondale, and editor of the journal Men and Masculinities.

"Watching these images are triggering for people who experience the everyday violence of white male supremacy, whether that's Black men who are patrolled by white police officers on the street or women who feel threatened by white men in their spaces on a daily basis," Barber said. "It's a reminder of the everyday stresses that come with living in a world that's shaped by white masculinity ... and that your wellness comes second to their expressions of dominance, which they see as their right."

Mental health experts note the impact of  what they term “toxic masculinity,” a term used often to describe the stereotypes of men who are socially dominant, homophobic, and prejudiced against girls and women – “toxic” because it is often displayed as violence, emotional repression, bullying, and aggression. Toxic masculinity can become an unspoken “code” of men wishing to be dominant and powerful.

Everyday sexism is also linked to post-traumatic stress disorder, which is what some women experienced in observing the events of January 6. The threat of violence can produce panic, depression, anxiety, and hysteria – often for good reason: about 1 in 4 women have experienced sexual violence, physical violence, and/or stalking by an intimate partner during their lifetime, according to the Centers for Disease Control and Prevention, and approximately 1 in 5 women in the U.S. has experienced a completed or attempted rape. According to the Bureau of Justice Statistics, 75% of violent incidents involve male offenders.

Although a few white women took part in the Capitol riot (2 died), those who watched on television or viewed footage didn’t see men defending our country – they watched as men displayed their entitlement and dominance.

Our work, in addition to teaching girls and women that the stereotypes are not true and they do not need to tolerate sexism in any form, is to help educate others – particularly parents of boys- that the notion of “being a man” can look like they want it to look, rather than society’s false definitions and stereotypes.